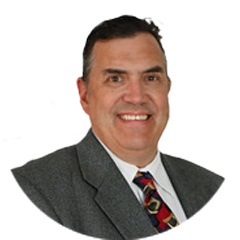 Frank Gurka brings over 25 years of experience in pathology to his role at Mikroscan. As a program trained pathologists' assistant, he spent 20 years at Beaumont Health in Michigan, where he was involved in the day-to-day operations of the anatomic pathology department. Frank was a key team member in many operational initiatives including: Epic Beaker (design, build and launch), Dragon Voice Recognition (launch and train staff), and many other capital projects, always focusing on excellent patient care.

Frank has been an AAPA fellow since 1997 and ASCP-certified since 2004. He earned a BS in Pathologists’ Assistant from Wayne State University in Detroit and an MBA from Lawrence Technological University in Southfield, Michigan, with concentrations in operations and finance.  Frank is also Lean Six Sigma Champion and Lean Six Sigma Black Belt certified.